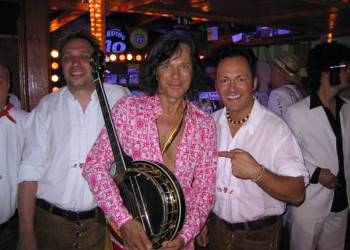 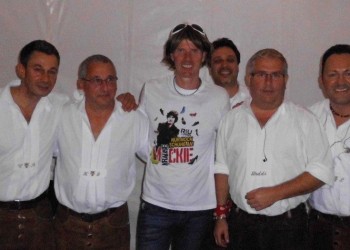 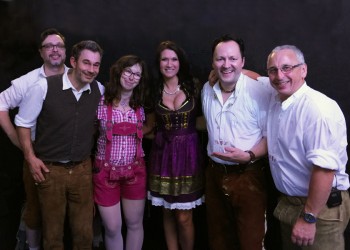 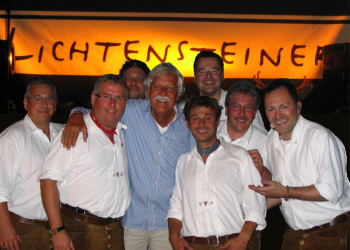 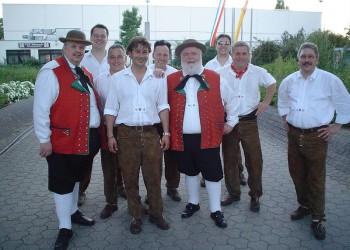 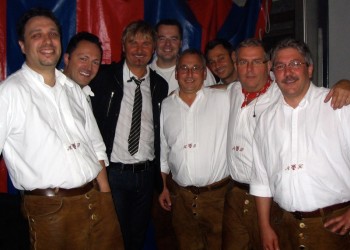 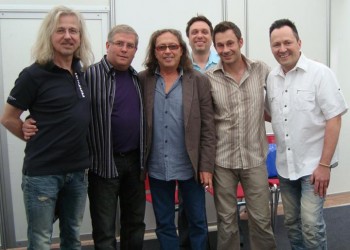 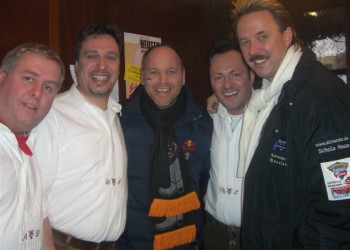 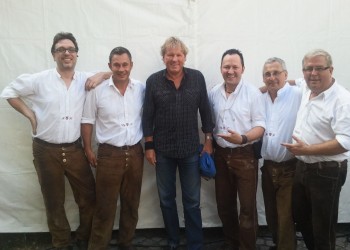 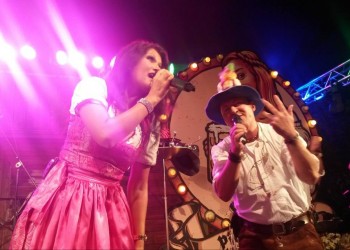 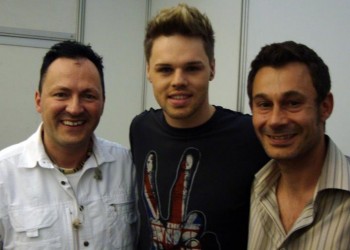 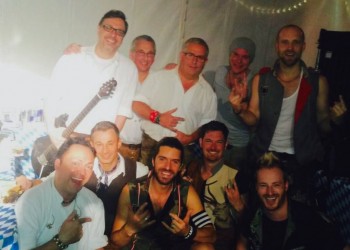 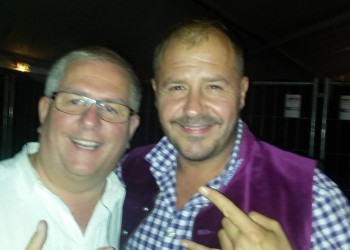 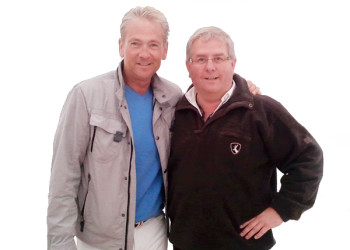 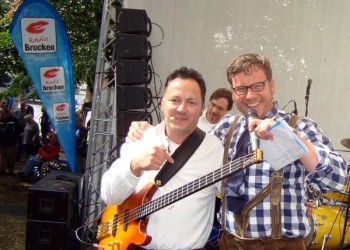 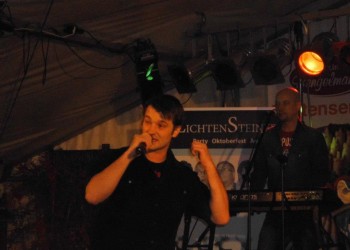 German party hits, dance hits and a pinch of rock
This is »LichtenSteiner« – party power to party on!

Good mood with german and of course international music for all situations; for this the LichtenSteiner are known. They please their audience for over 20 years and they are loved by the fans of german folk and pop music.
The musicians around singer Christian Lösch already appeared with mega star Robbie Williams in a show production and represented Germany as finalists at the Alpen Grand Prix Südtirol in Meran. Appearances with Nik P., Heino, the German Pop Idol Daniel Schuhmacher, Mary Roos, Tina York, Wildecker Herzbuben, Francine Jordi and many others underline the quality of the band. But also with their own compositions the LichtenSteiner are heard on the radio and seen on television. Beside the CD »Hände Hoch!« several other titles are present on the charts of iTunes, musicload etc. all over the world. The actual tracks are the dancesong »Komm lass uns tanzen«, the footballsong »4« and the smooth »Das Wunder beginnt« or »Viel zu viel Gefuehl«.

During the last years the LichtenSteiner were on tour in Germany and of course also abroad. Beside Denmark, Spain, Italy, Belgium and Holland they also have been to China. During a live music show for the Chinese state television the LichtenSteiner spread good mood along the audience. Over 12.000 people came to see the german musicians and a lot of chinese music stars. So we are proud to annouce that we have benn invited to play again at the 6. Kunshan Beer Festival as headliner.

The typical LichtenSteiner-sound has became a brand in Germany. Still it is always in motion. The result you can see and hear again on stage. A high-class standard is guaranteed by the firm cooperation with a technology team.
So if you like to have the real party with german music: Just book »LichtenSteiner«!